A Devotional about Togetherness

People Getting Along With People
A devotional by Jo Huddleston


“So in everything, do to others what you would have them do to you, for this sums up the Law and the Prophets.” –Matthew 7:12 (NIV)

We have seen America reel under unthinkable occurrences most wouldn’t have imagined could ever grace our history pages. Much of the good and the bad in our country springs from relationships between people.

We don’t all think alike; nor come from similar backgrounds that influence our actions; nor hold the same principles that govern our lifestyle. Differences are a distinguishing characteristic between people.

Differences tend to set us apart. We hold differing opinions on many issues and get excited about different things and cling to different values and virtues.

In light of all our differences, seeing eye-to-eye with everybody becomes a difficult task. Something is needed or else we could never get along with many folks. Yes, something has to be done to the hard, dry soil of personalities before a right relationship can exist between people.

The Bible tells a parable of the farmer, a sower of seeds (Matthew 13:1-10). Some of the seeds he planted fell along the path where the birds ate them. Some seeds fell on rocky places with little soil where they could not form adequate root systems and they died. Other seeds landed among thorns and were choked up by them. Finally, other seeds fell on good soil where they produced a fine crop.

Getting along with people can be likened to those seeds the farmer planted. All kinds of obstacles lie along the way to good human relationships. The rocky places and thorns are the differences we have.

In such cases, we must prepare the soil of differences so that we can realize a bumper crop of harmony and goodwill. The highest priority of preparation would be to put aside selfish desires. Putting other people first, loving one another. It’s all a thing of the heart.

Getting all these relationships correct is not easy. Just as farming is not easy. But following an unsuccessful crop, the farmer doesn’t quit. He goes out the next time, prepares the soil and plants again, striving toward that abundant, bumper crop.

Yes, the preparation indeed is often as important as the actual deed that is achieved. May we all continue preparing our hearts for a moral and ethical brotherhood of all people.

Embracing excellence, enthusiasm, courage, and compassion promises a wholesome outlook for America. The task will require generous measures of each of these principles, especially that of faith. America can shed her apathy and aim for a better today and greater tomorrows. She can submit to a divine purifying process and emerge a stronger, united country possessing these healing attributes.

I pray America chooses to turn toward her founding fathers’ worthy design for this nation. 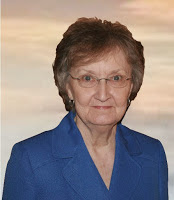 Jo Huddleston is a multi-published author who writes novels inspired by her fascination with the 1950s and her love of her native American South. Novels in her endearing Caney Creek series, her West Virginia Mountains series, as well as her stand-alone release, Tidewater Summer, are sweet Southern romance novels.

Her writing career includes more than 200 articles and short stories, which have appeared in over 50 well-known Christian and secular publications including Guideposts and Decision. She's an online contributor to Christian Devotions Ministries.

Jo’s devotions appear in eight anthologies and she wrote devotions on assignment and freelance for the following daily devotionals: Devotions, Open Windows, Pathways to God, The Quiet Hour, The Secret Place, and The Upper Room.

She is a member of the Literary Hall of Fame at Lincoln Memorial University (TN), and holds a M.Ed. degree from Mississippi State University. Visit Jo online at this address, www.johuddleston.com.
Posted by Alexis at 6:37 AM