Sharing Our Stories: Roseanna's Review of "Wings Like a Dove" (book) 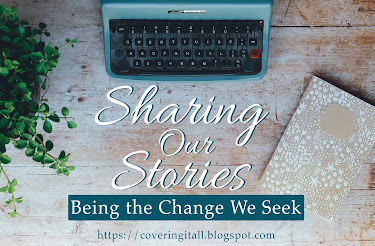 Roseanna M. White’s review of the book Wings Like a Dove by Camille Eide:
“Any town that is predominantly white could not possibly be so by accident.”
This is a line and indeed an idea that I first encountered in the author’s note of Wings Like a Dove, which is in turn quoted as the premise of Sundown Towns: A Hidden Dimension of American Racism by James Lowen, which in part inspired Camille Eide to write her novel, Wings Like a Dove. Until I read this masterfully written historical by Eide, I’d never heard of “sundown towns,” where people of color were not allowed to remain after dark. Coming from a town and county with an extremely low minority rate, this statement made me open my eyes in new ways to my own community and wonder what it would have been like a hundred years ago.

Wings Like a Dove is by no means a non-fiction treatise though—it’s an engaging, soul-piercing work of historical fiction that lingered with me for months after reading it. Have you ever read one of those books that’s so packed full of spiritual and emotional truths that you want to bring it into nearly every conversation while you’re reading it, and long after? Yeah…that’s how this book was for me.

The story is about Anna, a Jewish immigrant from Poland who finds herself in a terrible predicament. She’s pregnant, and she’s unmarried. Her mother gives her an ultimatum: go to a home for unwed mothers and agree to sign her child over to the institution or be disowned. Anna, however, can’t comply when she sees some of the shifty things going on at the home. So she does the only thing she can think to do: She packs a bag and heads west, determined to track down her father, who none of them have heard from in years.

Her path leads her to a small Indiana town, where a passel of orphan boys—and the former minister who is in charge of them—are in rather desperate need of help. One of the boys, Sam, was told he couldn’t attend the local school because he’s Black…and so, all the boys quit with him. Which means they’ll all be in hot water unless they can pass the tests for their school years. Rather desperate herself, Anna agrees to tutor them and cook and keep house—for a while. But she knows she can’t stay long or her shameful situation will become known.

Tossed straight into a town fully in the clutches of the then-newly-revitalized KKK, Anna experiences what too many of us have chosen to forget or not teach our children about: the terrors of a white supremacist culture, where the supposedly upright, moral citizens were willing to stoop to terror to preserve what they called the “pure American” lifestyle. Anna, being Jewish, learns firsthand about this hatred; and feels it all the more keenly for Sam, the sweet-natured boy who is clearly hiding an inner agony. Also in the crosshairs of the Klan are the Catholic nuns who are the only ones who will bring aid to the group of orphans and their guardians.

What I love about fiction is that it can ask the hard questions in ways that truly touch our hearts. Wings Like a Dove asks questions about how we can tear down the invisible walls between us. How we can choose to walk a different path. How we can open our eyes to what makes our hearts the same and be blind only to what would drive us apart. How we can love, forgive, and embolden others to do the same with our actions.

As a novel, Wings Like a Dove is riveting and so very impactful that it will forever remain one of my favorite books. As a glimpse into our nation’s shadowy history, it’s a heart-wrenching portrayal of an era that was filled with terror for anyone who was a minority in race or religion of which I’d known far too little before reading this. As a faith-filled work, it’s a reminder that God and His love are bigger than all the walls we build. Bigger than all the hatred we stack up. Bigger than all our excuses. And it challenged me to look deeper at my own heart, my family, my church, and my community.

Because those invisible walls that separate us can be torn down—but only if we put in the work to do so.

Roseanna M. White is a bestselling, Christy Award nominated author who has long claimed that words are the air she breathes.

When not writing fiction, she’s homeschooling her two kids, editing for WhiteFire Publishing, designing book covers, and pretending her house will clean itself.

Roseanna is the author of a slew of historical novels that span several continents and thousands of years. Spies and war and mayhem always seem to find their way into her books … to offset her real life, which is blessedly ordinary.

You can learn more about her and her stories at www.RoseannaMWhite.com.

Can the invisible walls that separate people ever come down? 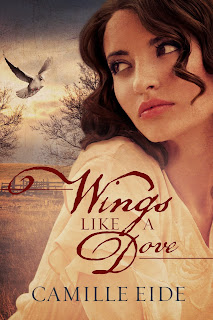 In 1933, Anna Leibowicz is convinced that the American dream that brought her Jewish family here from Poland is nothing but an illusion. Her father has vanished. Her dreams of college can’t make it past the sweat-shop door. And when she discovers to her shame and horror that she’s with child, her mother gives her little choice but to leave her family. Deciding her best course of action is to try to find her father, she strikes out…hoping against hope to somehow redeem them both.

When Anna stumbles upon a house full of orphan boys in rural Indiana who are in desperate need of a tutor, she agrees to postpone her journey. But she knows from the moment she meets their contemplative, deep-hearted caretaker, Thomas Chandler, that she doesn’t dare risk staying too long. She can’t afford to open her heart to them, to him. She can’t risk letting her secrets out.

All too soon, the townspeople realize she’s not like them and treat her with the same disdain they give the Sisters of Mercy—the nuns who help Thomas and the boys—and Samuel, the quiet colored boy Thomas has taken in. With the Klan presence in the town growing ever stronger and the danger to this family increasing the longer she stays, Anna is torn between fleeing to keep them safe…and staying to fight beside them.

Camille Eide writes more than a romance with her tender tales of love, faith, and family for those who enjoy inspirational romance and women's fiction. 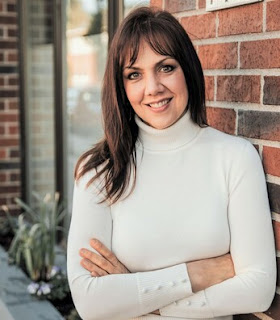