Sharing Our Stories: When God interrupts the world, church, and life as we know it 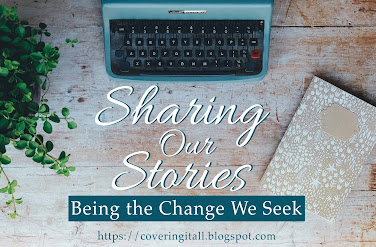 Divine Interruption
A guest post by Dr. Angelle M. Jones
“Defend the weak and the fatherless; uphold the cause of the poor and the oppressed. Rescue the weak and the needy; deliver them from the hand of the wicked.”
–Psalm 82:3-4 (NIV)
I can hardly believe it’s been almost one year since my plans to celebrate my birthday in Dubai were cancelled. After working with a travel agent to plan a replacement trip to Italy instead, it was also abruptly interrupted.

In February 2020, the news hit that there was a deadly virus moving rapidly throughout Asia, then Europe and had now landed in the United States. By the time of my birthday at the end of March 2020, all fifty states had reported cases of the virus that has now become a household name. Unlike any other virus in my lifetime, COVID-19 has ravaged the United States with over 500,000 deaths by the end of February 2021.

This deadly virus has left the entire world reeling! Quickly rising to the elevated status of a full-blown pandemic, I watched as the world we had all known slowly but surely disintegrate right before our eyes.

In the beginning I was intrigued, not so much with the disease, but with following the way the virus was transforming life as we had known it. It hit me personally as a group of female friends from different seasons in my life were all but packed and ready to go to take in the beauty of Rome and all her history, food, love and architectural majesty.

Although I had traveled the world for years as an itinerant minister, I had come to understand that those were actually work trips. Even though preaching and giving away humanitarian aid were rewarding and gained me a heart for serving others, it was now time for me to spend the later years of my life traveling for pleasure. Italy was going to be the first of only a few places left to mark off my bucket list. My dream trip was interrupted when Italy became one of the first countries in the world where the virus moved rapidly, ending thousands of lives. As with most of us, I thought, “This can’t last too long.”

However, the pandemic continued to claim more lives around the world and since meeting in person to celebrate my birthday was too risky, I made different plans. Last March, I was one of the first in my tribe to host a group of family and friends to celebrate my birthday via the now famous world of Zoom. To my dismay, in a few weeks I may be celebrating the same way again.

As we enter into the one-year mark of this global pandemic, no matter how the United States has been looked upon as the role model in almost every aspect of life for other countries, this Divine Interruption has shone the light on the darkness of America. What became clear was a healthcare inequity. Whether you were affected by the virus or not, it was sobering to watch as this strange new mask-covered world quickly became the norm. Exposing racial disparities ranging from healthcare to politics, the world has paused to give us time to admit the sins of our nation.

The pandemonium of this pandemic has everyone asking, “When will it end?”

In the year that has changed the world, everything has shifted. The globe has experienced record-breaking highs of anxiety caused by an unknown virus bringing with it the uncertainty of its long-term effects. But more importantly, this pandemic has revealed the need for the world to heal. Who would have thought that in our lifetime God would step aside and say to the cosmos, “Heal thyself,” causing even the Church to push pause?

Were we listening in 2020 when the still, small voice of God silently screamed as though there were little fires all over the world, “Get out of the buildings!” As we entered deeper into this state of uncertainty, I began to ponder: Could this be the time spoken of in the Word of God that says, “For we know that the whole creation groaneth and travaileth in pain together until now.” (Romans 8:22 KJV)

I’m not so sure of the dispensational theology framing the verse, but I do know that something Divine has happened to gain the world’s attention.

The voice went on to say in more of a hush, “I live outside the walls of your normal spaces of worship. Seek and you shall find me. Find me in sacred spaces where you can learn authentic worship in Spirit and Truth. Find me in the spaces where the needy can just be. While the playing field has been leveled and the curve has been flattened, no matter what our status, the stillness of God has breathed a holy hush upon the creation. The stillness calls us to be defenders. To uphold. To rescue. To deliver. This is your time to be the change you have been seeking. The stage is set to find your voice to stand in the gap for the oppressed in this season of fear and trepidation.”

The quiet Voice is whispering to us all, “Defend the weak and the fatherless; uphold the cause of the poor and the oppressed. Rescue the weak and the needy; deliver them from the hand of the wicked.” (Psalm 82:3-4 NIV)

Can you hear the voice of the voiceless, the weak, the little ones without a father to guide them through the wilderness of social isolation, and technological stimulation?

Can you hear the cry of the poor and the oppressed who were seated on the pews looking for a place of solitude for their wearied souls to be healed?

In the Divine Interruption, will the prophetic and social witness of the Church be heard?

~*~
Author Bio:
“Inspiring and Motivating With the Power of Words” 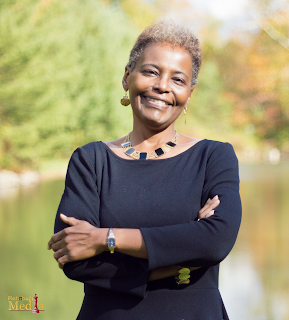 Angelle M. Jones believes that the power of words inspires, and motivate to bring about transformative change individually and collectively.

Her ministry career began as a staff member of the Northeastern Ohio Billy Graham Crusade in 1994. For twenty years, as founder and director of In The Spirit Ministries, Inc., she led teams on mission outreaches throughout the world. From 2007-2012, Angelle served as Missions Director of New Salem Missionary Baptist Church in Columbus, Ohio where she currently resides. Angelle is founder and director of GlobaLife Coaching and Consulting serving as a Life and Transformation Coach and Church Consultant.

In 2016, Angelle authored and self-published her first book, Happily Never After. Along with sharing words of hope by sharing her writings on her social media platforms, she has been published in Vantage Magazine which is a literary source for faculty, students and alumni of Columbia Theological Seminary, and Ready, which is a cutting-edge online magazine addressing current events and trending socially relevant topics for women.

Angelle is the mother of an adult daughter. She is a grandmother and great-grandmother.